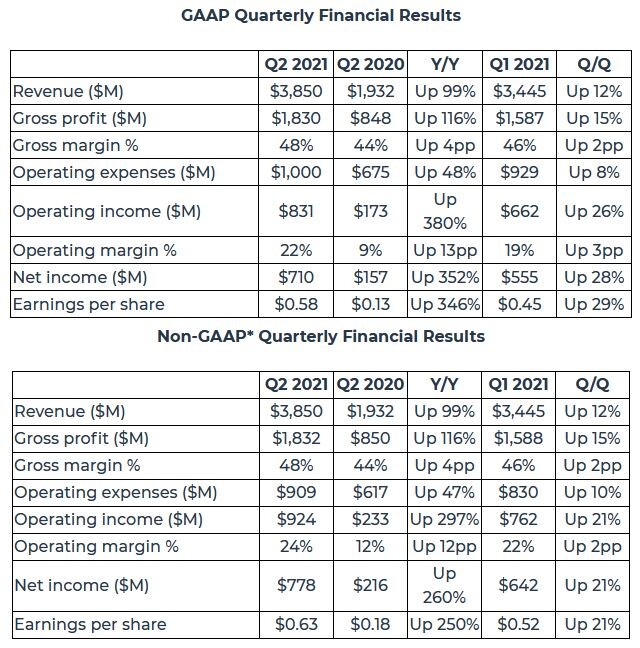 Current Outlook
AMD’s outlook statements are based on current expectations. The following statements are forward-looking and actual results could differ materially depending on market conditions and the factors set forth under „Cautionary Statement“ below.